Taking into account that the idea of the Nation House on the Tauras Hill was developed in parallel with the Lithuanian national rebirth movements in the beginning and at the end of the 20th Century, the collective anticipations connected to this building are largely based on the romanticised national symbols. In this project the latter are reformulated in contemporary language, providing the meaning which refers to universal metaphors of spatial perception.
Nature is a neutral open space, which is characterised by unconventional, undefined, unsymmetrical forms. It is organic and flexible – features that refer to democratic society. The structure of such society has no clear boundaries, it is vivid and open.
Urban structure is a construct created by people, organised from an open, natural space and shaped by linking two contrasting elements – the softness and transparency of the tree crowns (park-like atmosphere) and the strict perimetric structure of the Naujamiestis quarters.
History – survived and overlapping levels of history reveal the changing social constructs during the flow time. 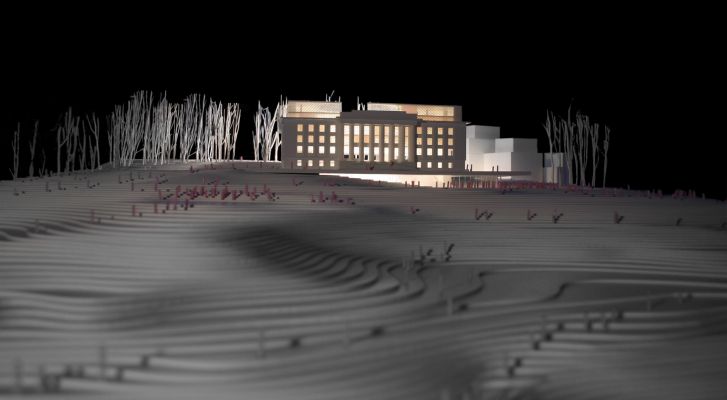 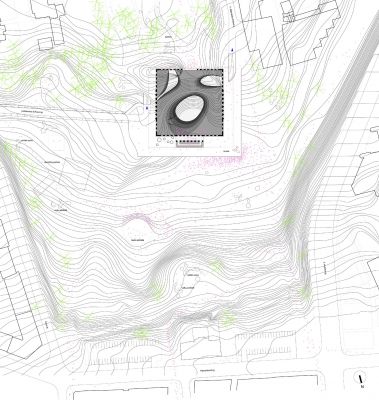 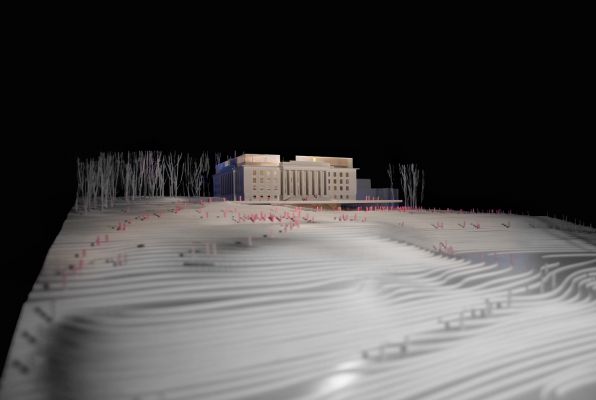 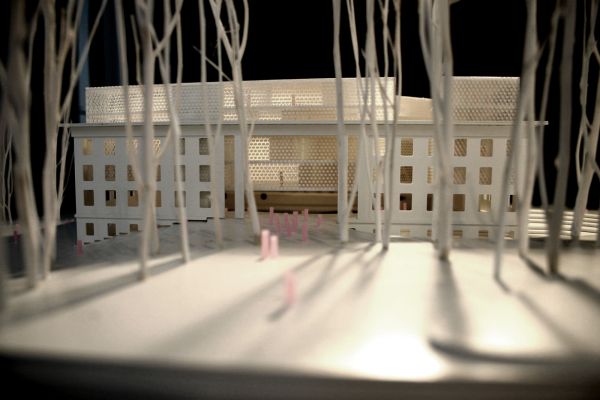